Mental health is a topic that has only very recently come into the forefront after an incredibly long period of silence. It is often something that people prefer not to address, or feel is not relevant to them and can in turn be a misunderstood subject. The negative stigma and discrimination around mental health can be driving force in stopping people with mental health disorders seek help. Therefore, it is important that we all contribute to raising awareness of the reality of mental health and its importance in people of all ages and backgrounds.

My name is Sabrina and I am a Research Scientist at Future Genetics. From January 1999 to December 2017, the NHS carried out major surveys of the mental health of children and young people in England and published a report of the findings on the 22nd of November of this year. A number of different types of disorders were assessed for with ‘rigorous, detailed and consistent methods’. Amongst these disorders were; emotional disorders, behavioural disorders, hyperactivity disorders and less common disorders. 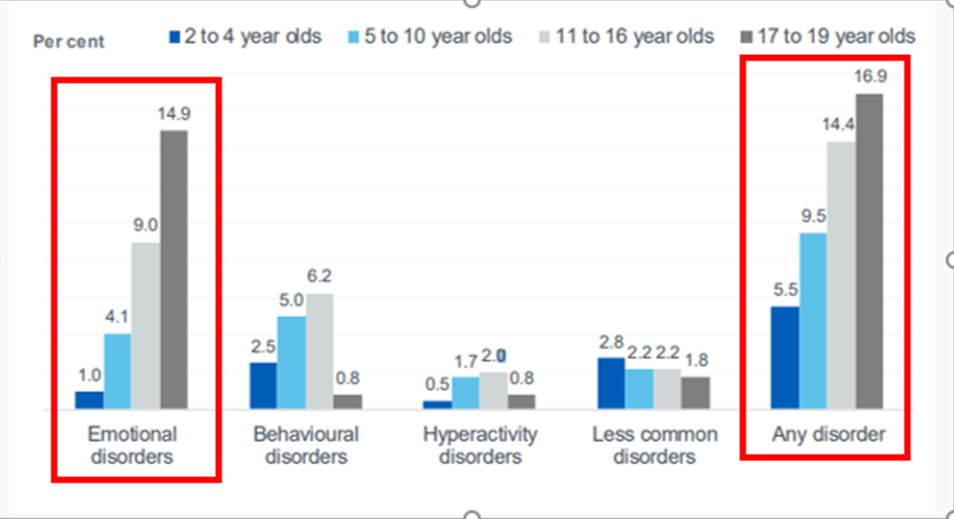 Compared with any other demographic group, rates of emotional mental disorders and self-harm were reported to be the highest in young women aged 17 to 19, as presented in the NHS survey. Over half (52.7%) of these girls reported to have self-harmed or had attempted to commit suicide. 5.6% of the girls identified with Body Dysmorphia (BDD) and 1.6% had an eating disorder.

Other factors that can influence a child’s mental health is their physical well-being and daily social media use. Children aged 11 to 19 with a mental disorder were 10% more likely to use social media daily compared to children of the same age without a disorder. A growing problem linked to social media is the impact it has on young people’s self-esteem, as they are constantly comparing themselves to the perfect picture and consequently thinking less of their own lives.

This survey showed that 1 in 4 children (24.1%) with a disorder had no professional or informal support. This support is critical and can prove to be life-saving in some cases. It is important to acknowledge that regardless of what their age is, we should all be thinking about improving and supporting the mental health of children and young people and raising awareness of this issue.

If you need any help or information regarding child mental health, please phone or visit any of the numbers or sites down below. 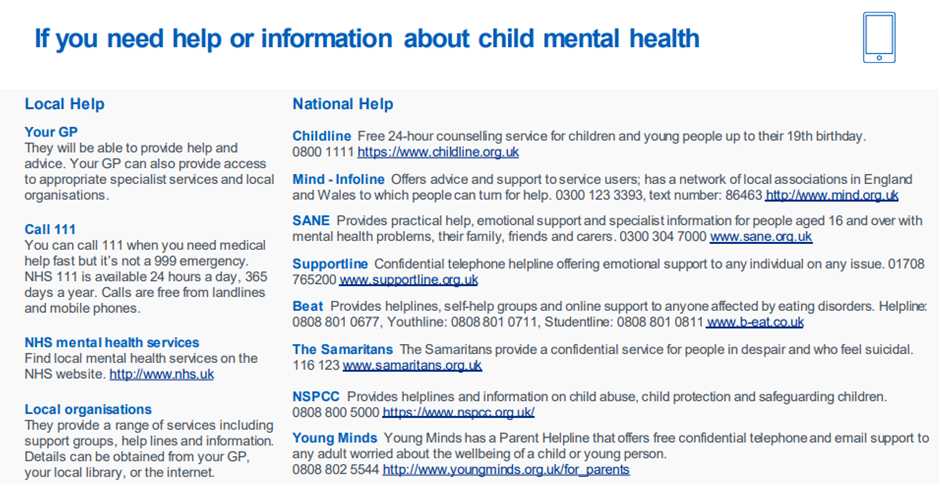